The main actions that these sleep herbs can perform include: Promotion of sleep and sleepiness, tranquilizers, relaxants, sedatives, pain relievers. They may be useful for treating insomnia.

Warning: Consult with your physician before using any of the below plants.

Nymphaea is the water lily, from the Latin nympha, (“bride, nymph.”)

The Nymphaea caerulea in particular produces a fragrant and euphoric smoking experience.

This flower was sacred to the Ancient Egyptians who used it to induce an altered state of consciousness that is dreamy, relaxing, and sedating.

The dried aerial parts of the plant contain alkaloids and flavone glycosides, which produce nervine, hypnotic, antispasmodic, and anodyne effects.

This herb can be used as a sedative, especially for children or people suffering from painful spasms.

When smoked, the California Poppy is said to produce smooth smoke that helps decrease anxiety and relieve pain.

This herb can be used as a light nervine sedative.

When smoked, Catnip is said to produce a relaxing, soothing, and giggly experience.

Its diuretic properties limit its usefulness as a sleep herb, but it can be sometimes be helpful when sleep is interrupted by cough.

Avoid using Coltsfoot for longer than 4-6 weeks per year.

When smoked, Coltsfoot is an excellent tobacco alternative for people suffering from chronic cough or other respiratory issues. It is an ultra smooth smoking herb with a neutral flavor.

When smoked, it is said to produce a happy high, smooth, and earthy, a great alternative to Cannabis with mood elevating, relaxing, and anxiety-relieving qualities. 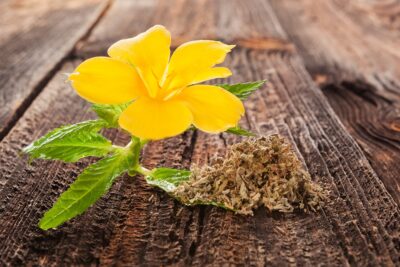 As a relaxing nervine, it can be used for insomnia, anxiety, tension and stress. Since it’s antispasmodic, it may also ease muscle cramps.

A tranquil smoking herb that contains 8 of the same alkaloids as the opium poppy, it is said to be beneficial for muscle relaxation, relieve pain, reduce anxiety, promote detoxification, and stimulate immune system. Can aid in quitting cannabis. (If you want to quit cannabis because it interferes with your dream recall, then you can also try switching to cannabis oil.)

The plant relaxes the central nervous system and is used extensively to treat insomnia. It may also ease tension, anxiety, worry and restlessness.

In combination with Valerian, Hops may improve sleep disturbances.

Kava may be used to treat anxiety and depression without interfering with alertness or impairing reaction time. It seems to improve concentration, making it a nootropic.

The plant may also help with mild insomnia, especially when it results from muscle spasms, tension, or oral pain.

Lavender is often used to relieve stress-related headaches, depression, as a nervous system tonic, and to promote natural sleep.

Lemon balm may be used for neuralgia, anxiety-induced palpitations, insomnia, and migraine associated with tension.

The plant also contains harmine, which is a central nervous system stimulant that is entheogenic at high doses.

Linden is a relaxing remedy for use in nervous tension.

May be useful for insomnia.

Ingesting Mullein as part of your smoking mix or tea may help with a number of respiratory conditions such as asthma, a tight chest, moisture in the lungs, wet and unproductive cough, as well as allergies.

Mulungu is a strong sedative effective for insomnia and anxiety. It is said to be one of the most powerful naturally occurring tranquilizers.

Pasque Flower is a relaxing nervine which may be useful for problems combining spasm in the reproductive system with overall nervous tension. It may help alleviate tension and headaches, and is appropriate for insomnia and general nervous overactivity.

Passiflora is used for its sedative and soothing properties and to relieve insomnia. It has a depressive effect on the central nervous system. It’s the herb of choice for intransigent insomnia, easing the transition into restful sleep without causing any next-day hangover. It can be effective for nerve pain.

Passionflower also contains harmaline, which has entheogenic properties, and harmine which is a central nervous stimulant that is entheogenic at high doses.

This plant is also anxiolytic and may be suitable to treat insomnia, nightmares, and restless sleep.

St. John’s Wort has sedative and pain-relieving effects. It can help with mild depression, anxiety, tension and neuralgic pain. It is restorative and neuroprotective, helping to reverse long-term nervous exhaustion and lowered mood.

Since St. John’s Wort is said to simultaneously boost serotonin, dopamine, and norepinephrine levels and it may also be a MAOI, it may also serve as a dream herb.

Vervain is a gentle anxiolytic, which may be helpful for easing depression and melancholia.

Wild Lettuce is a valuable remedy for insomnia and restlessness.